In Memory of a Grand High Witch

I first became friends with Vee several years ago through our mutual involvement in Faery (Feri) tradition. She was the subject of a very heated email discussion which revolved around some unsubstantiated rumor about alleged ritual actions and initiations, and while the discussion and accusations built into an all-too-common online frenzy, I –being a relatively new initiate at the time– was sternly “warned” not to fall in league with the likes of HER. Never really liking playground bullies, I decided to do my own research and sought her out and we became fast friends. I learned that (not only were whatever silly accusations of ritual transgressions untrue) she was a veritable fountain of witchy and occult information and we would spend hours chatting about magic, Feri, the nature of the universe, and sometimes just the absurdity of it all.

She was a trippy old-school San Francisco witch. By her own account she had been initiated into Feri in 1976 but when her initiator later denied this, another lineage of Feri stepped up to re-initiate her, thereby quieting the naysayers as to her ‘legitimacy’ in our tradition. Her puppy-papers now complete, this gave her use of the self-appointed title, “Twice baked, for extra crustiness” which she would use to close her emails for several years.

She preferred to respond to the nastiness of the world with irreverent humor. When the cult-side of Feri targeted the both of us for supposed “crimes” against the tradition, she proudly declared the both of us the “Bonnie & Clyde” of the tradition, even going as far as to design a “Wanted poster” and circulating it amongst friends. The poster leaving no questions as to who was who. 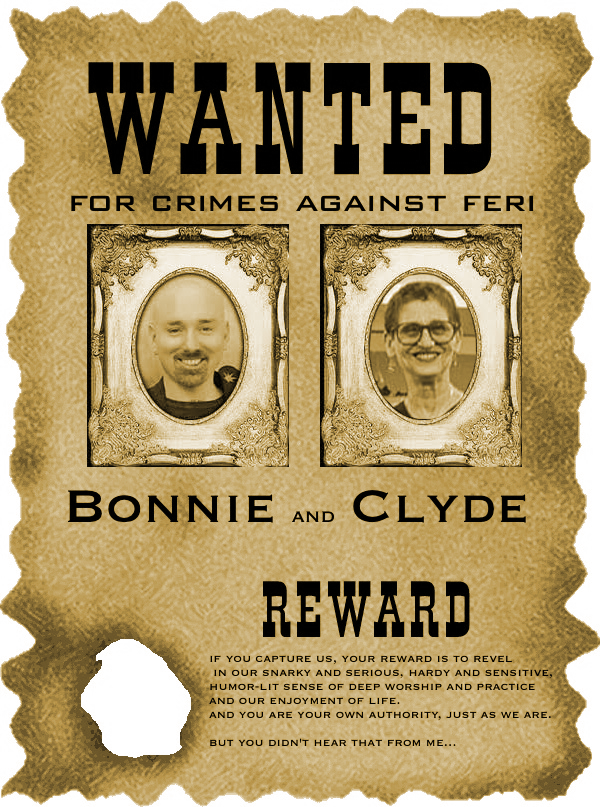 I had the pleasure of being invited into her home to do rituals on several occasions, and I had the honor of helping her initiate some very fine people into our shared tradition. Her altar room’s view of the San Francisco bay –from way up high in the Twin Peaks area– was stunning, and underscored by the presence of two large crystal balls upon her altar, one for each hand, which she said could be used to ride or “surf” the waves. Astrally, of course.

She was a creative and dedicated teacher, developing her own style of Feri even as she drew from bits and pieces of traditional lore that were made available to her. She drew together many different elements into her work, most notably the Qaballa, and giving her lineage, the Dustbunnies, some of the very best class handouts that any Feri teacher has ever made available to their students. (In color, no less.)

But she wasn’t content just to keep it for a select few. She self-published “The Dustbunnies Big Damn Handout Book” which replicated her class handouts and made them available to the public. She was determined to dispel much of the ‘glamor’ that some would experience around our tradition, and instead get people to see the simple beauty of our often occulted practices. In 2011 I passed her the Black Wand, recognizing her contributions to and mastery of the tradition.

Always the eternal student, she even enrolled in one of my classes and was a valuable resource for the students there.

When she was diagnosed with Lymphoma she showed me what courage really looked like. Sometimes I would Skype with her and we would talk about her experiences… how the chemo would make her tired and forgetful… how she would become newly inspired in her art and practice… and also how she would sometimes just let it all go. “No more spoons,” she would say, citing the neologic “Spoon theory” which became a staple in her toolkit for coping with the disease, along with the really good medical-grade cannabis. (Grand High Witch, indeed!) 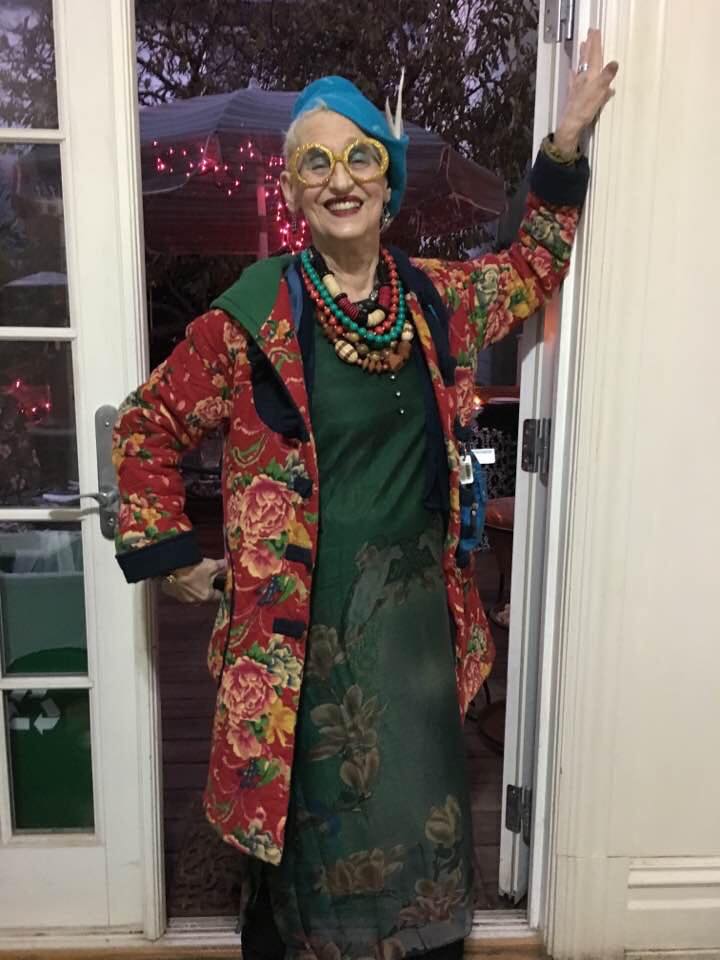 It seems as soon as she recovered, her husband, Ron, was likewise stricken with cancer. Though they fought the battle valiantly, Ron succumbed to his disease, leaving Valerie in the middle of a major move from San Francisco to Portland, which she did with her daughter, Diana.

When her cancer returned she was determined not to go through the debilitating treatments again and began making her peace with the transition. Even in this she was a deep and skilled teacher, as she allowed the world to see into her process; posting avidly on Facebook on the subject, right up until the final days, when her daughter would do so in her stead.

She passed away in her own home, surrounded by those who loved her.

I will always remember you, my beloved Clyde. Keep a spot for me by the sacred fire. I know we will raise Hell and laugh together again one day.